Catching up on scenery

After a rush to get more done on the Monarch Branch last month this month has started well with scenery work well underway in the town of Montrose.

With a good supply of ground cover from various manufactures along with several lots of fine ballast in a variety of grades it was time to do some ballasting and get this town well under way.

I needed to fill in all the gaps in the sub-roadbed cork then start with the ballasting.

I used several brands and shades of ballast including cinders to endevour to get the look I was after. Once this had dried a gave it a light airbrush of AK Interactive Soot to blend the ballast in a bit. Varieties of old fashioned Woodland Scenics foam was applied with some of their Blended turf in some areas and static grasses from a range of manufactures in others.

I already had a good supply of pine trees made many months ago when the guys were for a tree making day so next came production of Autumnal Aspens using Super Tree armatures and three shades of coloured fine foam.

The following images show where I am up to as of today.

Montrose is coming along nicely however there is still lots to do on the Left.

As usual thanks for stopping by.

After only four years of construction Barry has decided to dismantle his Hidden Valley and build a new layout based on the RGS.

So it was necessary to get my gear ready and go video his beautiful Hidden Valley RR before he started to rip into it. With thanks to John as the man in charge of the throttle we got the job done in quick time.

So here is Barry layout filmed only two weeks ago.

Thank you once again for stopping by.

A little bit of weathering

I have been putting this job off for ages.

Having five Blackstone steam locomotives four K27s and a recently swapped D&RGW C19 with Barry, some with factory weathering and others without I thought it was time to get my act together and get this job completed.

During Covid we were restricted to not travel outside a 5 Kilometer radius from our homes so I placed an order with a local hobby shop for a range of new AK Interactive acrylic paints that they had just received. Smoke, Soot and a few others were delivered after about 10 days.

I had previously copied several prototype loco images to get an idea of how I wanted to weather my lot.

Here are a few images of my efforts with weathering and new coal loads in the four K27's.

The C19 can wait a while as Barry had added a new coal load to it and it looks good as it stands at the moment.

Its kinda hard to believe that we are in the second week of March 2021 already. Due to Covid and several long lock-downs here in Victoria we were unable to have any body to our homes and in the last one only 5 visitors at a time and only once per day. This also meant our Friday group could not catch up as we have done for the past 12 years.

Knowing that we could not get back together and the warm weather would soon be gone I set about trying to get a lot more scenery work completed on the layout as I could before the guys came around.

These are just a few images of the scenery work with more to add over time.

So this is where it ended in mid February.

Thanks for coming by.

First one for the new year

During Covid 19 lock down here in Melbourne is has been hard to obtain some modelling supplies to complete or start new projects for my Monarch Branch so things have been kinda quiet.

Looking through a book loaned to me by Barry which covered the RGS I was surprised to read that the water tank at Tank Creek was not replaced with the Tank Car until 1966. What! I was planning to build the tank car version and in fact had previously kit bashed a tank car, painted and weathered it ready to fit once I had completed the scenery in the area it was planned for.

Well that changed my plans big time. As I had no water tank kits to spare (one is almost ready for Gunnison) and they can be difficult to get from the states I thought I should scratch build one to fit my space already made and sceniced.

Necessity is the mother of invention so I set about gathering some stiff brown paper with which to wrap around a sample paint pot that was almost the correct dimensions for the tank along with a pack of 2 x 10" timbers for the tank itself.

I will let the following images tell the story of its construction. 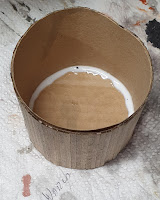 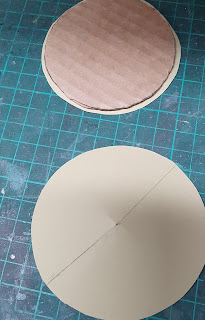 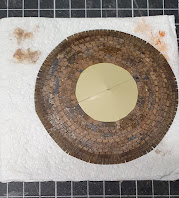 And here it is sitting in its spot waiting for additional scenery to be added. By having the scenery almost completed it has allowed me to copy the installation quite closely as the legs on the prototype where made to fit the location just like this.

Boy this new format they are using for Blogs is messing with my head, it used to be easy once.

Thanks for coming by, have a better year this year.

After working on lots of other stuff my eyes kept calling me back to some of the scenery I had done in the earlier stages of this build. Too many trees and the ground cover did not look as good as I would have liked, so without a second thought all of the pine trees that had been planted were pulled out ready for faze two.

I wanted add much more dept to the grasses and planned to spread out the pine trees as I had seen in many inspirational images from the Colorado area. This plan also called for more space so I can install some Scenic Express trees with some autumn (fall) colours and add more undergrowth as well.

I did not take any shots once the trees were removed however as a reminder here is what the area looked like before there was any grass or trees.

And here it the area is as it looks as of today. Lots more static grass using three shades and various lengths in an attempt to get some more depth to the look of the grass. The pine trees were then replanted in a better (well to me) position and spread out more than before. I then set about colouring the water courses for the creeks. 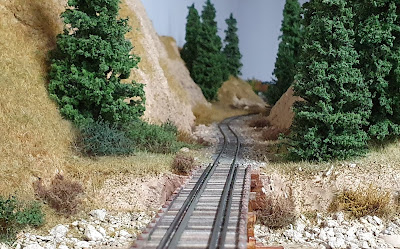 There is lots more to do along this area however this is where I stopped until the mood takes me back.

Thanks for dropping by.

I've been pretty busy on the Monarch Branch over the past several months during lock-down however I have been delinquent in adding anything to my blog since October.

One of the industries I want to model in the town of Cedar Creek is a tie treatment plant. That's been more difficult than I thought as there does not seem to be a lot of info available of plants that existed in the early 40's or earlier.  I did finally find some images and a story that has assisted me to start moving forward.

One point I read about was the small Davenport Gas Mechanical style loco that was used to push then remove the ties from the pressure treatment vessel. An aha moment, so that started the juices flowing and after several unsuccessful attempts to find a suitable loco a good friend said "I think I have just what you are looking for". I have a Roco HOn30 in bright dark blue with a yellow stripe and its yours.

A few days later and it was in my hands ready for the work to start. 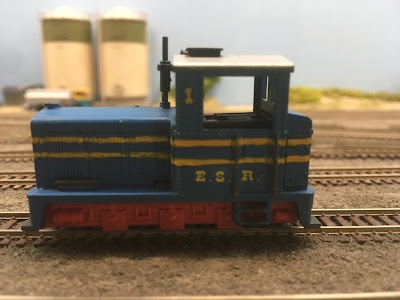 Once the body was off I set to removing cast on details that I did not think suited my area. Items such as cast on headlight and reversing light, strange looking items on the rear of the body as well as removing the exhaust a roof vent.

Stripping the paint took at least a week, however I was pleased to see it all off so I could start to add some details. I fashioned front and rear lights from styrene and made a new air cleaner, exhaust and muffler for the bonnet. Additional window frames were added along with window shades.

Painting was next, I chose to paint this the same colour as I used on my ON30 Bachmann Gas Mechanical several years back. However I wanted to start with flat black in the corners and grill areas so as to help highlight these areas.

I love weathering and rust, so this was going to cop it.

Once the first colour was dry it received a light filter wash of blue oil paint and allowed to dry for several days. Rust was then applied generally over the whole unit and especially on the muffler using rust coloured oil paints. 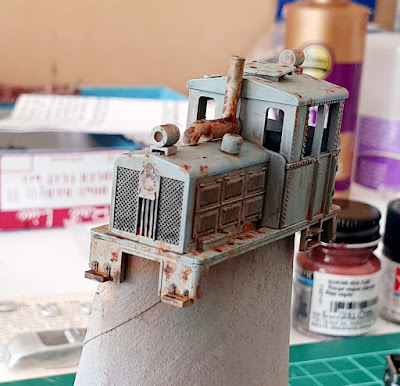 The next thing to do was add an N Scale coupler to the front. This meant some cutting and filing to get the M/T Body mount short shank coupler to fit. Once this was in place some styrene made to look like timber was added along with some NBW's to finish off the front. (Thanks to GM for this suggestion).

Painted the chassis, springs etc, sat the body back on and she was all done.

Thanks for stopping by.