My scratch built mine got a makeover

Once I got all of the track down on the Monarch Branch I positioned my scratch built mine in several locations to see how it looked, badly I'd say. To me it looked oversized for the rest of the layout. When questioning friends they also agreed so it had to be changed.
After my first session on the layout with our Friday group last Friday week I set about to see what I could do to first of all save as much as I could or just bin the lot.
Binning was not the answer so on the Saturday morning out came the knife and the whole thing was taken apart. Roofs off and dumped, walls taken off and I was left to see what I could salvage.
Without going into too much detail I decided to lower it, and make the tall section much smaller overall. Thank goodness the base was illustration board as it made sectioning so much easier.

Here are some images of the mine in various stages of rebuild. 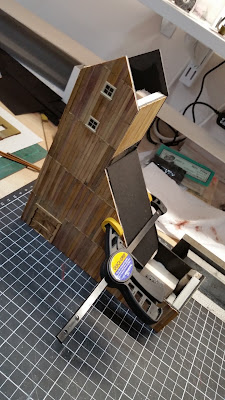 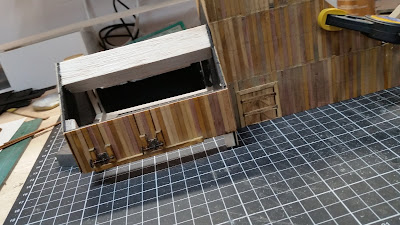 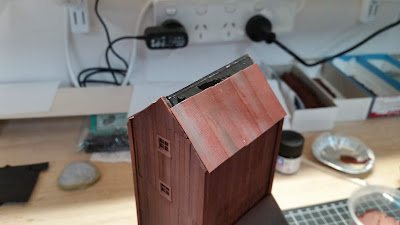 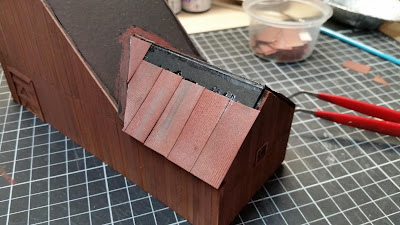 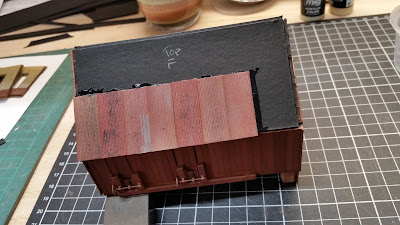 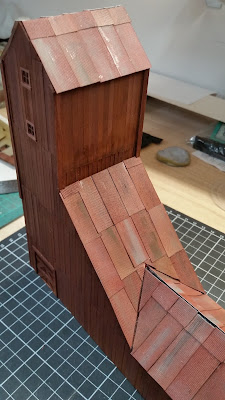 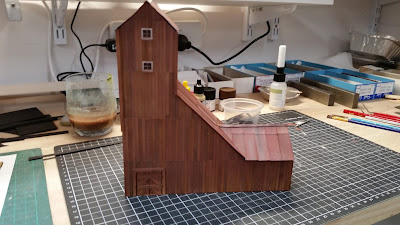 I used Wild West models corrugated iron for the roof this time ( painted with lots of varying colour to get the weathered look I was after) instead of simulated tar paper. I think it looks a lot
better.
I also gave the whole building a light spray of Box Car Red which has improved its overall appearance.

Next up is progress on my water tank. 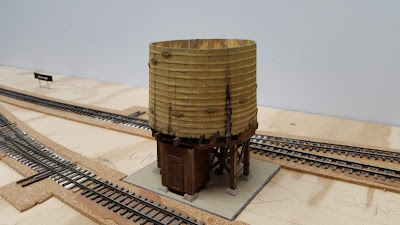 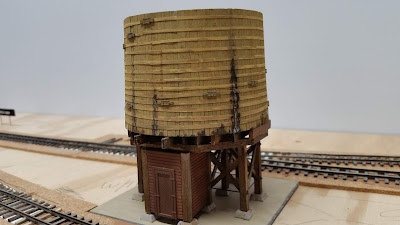 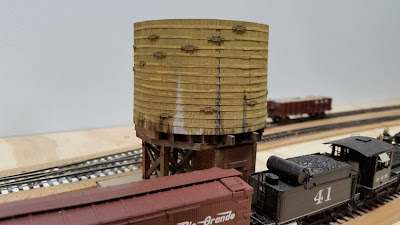 Roof to come and then that will be at least one kit finished.

Thanks for dropping by.
Rod.
Posted by Rod Warren at 19:52 No comments: