It is hard to believe that it is almost two months since my last post. So much has happened since then. We have packed up and moved into our new house and still lots to do. Just got the landline phone in on Saturday, waiting for ADSL internet (using a mobile devise for a while) and Foxtel due tomorrow.
I have done some work towards getting the double car garage up to my way. Two lots of high storage racks have been installed (one on either side) new small work bench in and my new spray booth is almost ready to fire it's first shot.
Lots more to move once we get full title of the house until then its about as much as we are permitted to do.


So what have I been up to before hand. Making a few Rail Line and Durango Press kits for my upcoming HOn3 layout that will go around three of the walls. This should suit me I hope but never say never or Over My Dead Body.
Here is a few picks of some progress. 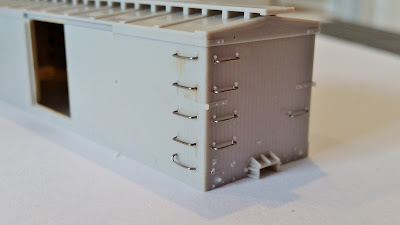 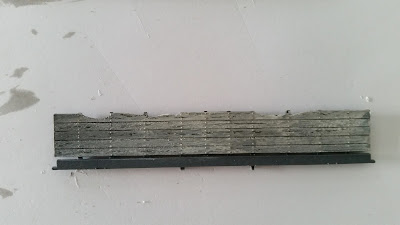 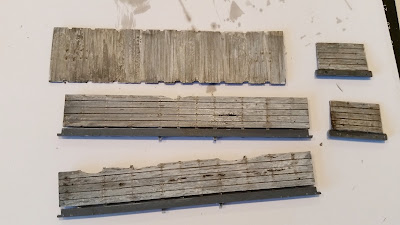 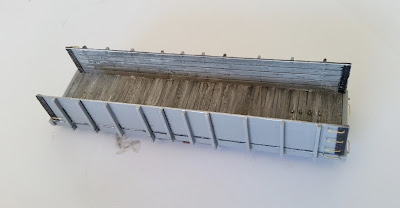 These kits look quite complicated at first however once you get underway they are quite nice to do. The Rail line kits (the box car) has preformed grab irons whilst the Durango Press Gons well you have to roll your own and the is a lot. Thank goodness I have The Wedge it makes making grab irons a breeze.

On Saturday I finally got to Barry's place to paint the backdrop on his new HOn3 Layout. Boy is he doing a fine job, the layout looks fab. Whilst there I took just a couple of pics so see below. 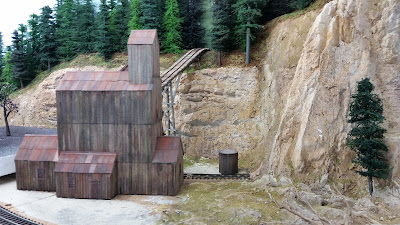 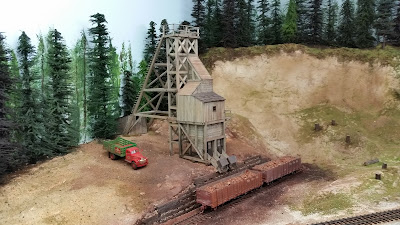 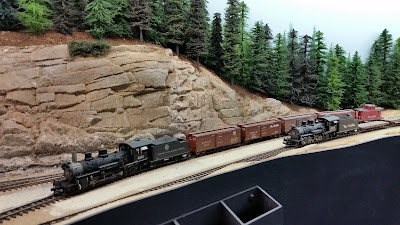 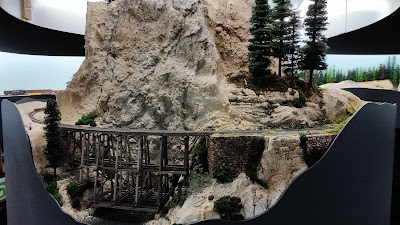 This is the main portion of backdrop I painted. Copied straight from a pic off the D&RGW. 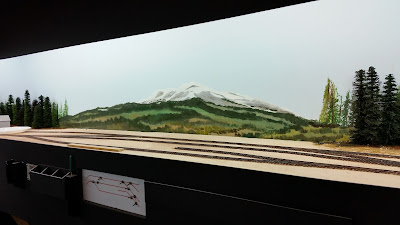 Well that's it for today as usual thanks for stopping by.
Rod.
Posted by Rod Warren at 17:54 1 comment: